Its founders have created, developed, and produced hundreds of hours of film, advertisements, TV series, and new media content.

The company produces both original content and projects under briefing, fiction or nonfiction, in any genre or format.

All our projects share the search for top artistic quality, originality, and focus on the audience, building strong ties with our partners.

People yell at the poet:
“I’d like to see you standing at a lathe!
What’s poetry? It’s worthless!
I guess you don’t have the guts for real work.”
Maybe labor to us is dearer than any other pursuits. I too am a factory. And if I lack smokestacks, then maybe for me without smokestacks it’s harder.

To create value by producing entertainment. 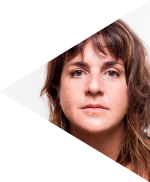 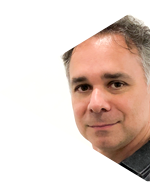 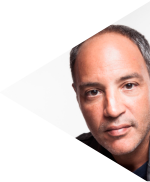 Co-creator, Head of Development, and Screenwriter of the TV dramas “Magnífica 70” (HBO) and “A Segunda Vez” (Multishow); the dramedy “Amor Veríssimo” (GNT); and the comedy “Amoral da História” (Multishow).

After studying Museology at Uni-Rio, she worked for three years in the Museum of Theaters and in the Department of Culture of the State of Rio de Janeiro, conducting research, setting up exhibitions, and restoring collections.

From 2003 to 2005, she was Executive Producer of the Publicity Department at ​​Conspiração Filmes, and worked in commercials for clients such as Gatorade, Mountain Dew, Pepsi, and Santander. In 2006, she returns working in cinema as Production Director of feature films such as “A Mulher Invisível”, “Xuxa em Sonho de Menina”, “Era uma vez…”, “A Suprema Felicidade”, “À Beira do Caminho”, e “Rio, Eu Te Amo”. She was Associate Producer of "Gonzaga - de Pai para Filho", Executive Producer of "Boa Sorte" and Co-Executive Producer of "Vai Que Cola - O Filme".

TV and Film Producer, she studied Publicity at the Faculdades Integradas Hélio Alonso and Executive Training in Film and TV at ESPM. She was Executive Production Coordinator in the Film and TV departments at Conspiração Filmes for 12 years.

In TV, she worked on factual projects such as “Alternativa Saúde” and “Detox do Amor” (GNT), “Geleia do Rock” (Multishow), “Aprender a Empreender” (TV Futura), “Caminhos da Escola” (TV Brasil), and “Ao Som do Mar, À Luz do Céu” (ESPN), among others. In fiction, she worked on projects such as “Morando Sozinho” (Multishow), “Detetives do Prédio Azul” (Gloob), “Histórias do Brasil” (TV Brasil), “A Mulher invisível” (TV Globo series), and “Mandrake” (HBO).

In film, she worked on feature films such as “Era Uma Vez…”, “Podecrer!”,”Dois Filhos de Francisco”, “Casa de Areia”, “O Mistério do Samba”, “A Mulher do Meu Amigo”, and “A Mulher Invisível”, in addition to being the producer of the children's feature “Eu e Meu Guarda Chuva”.

Graduated in Electrical Engineering from PUC-Rio with a Post-graduate degree in Computer Network Management from NCE / UFRJ. He has worked for financial institutions such as Icatu, Opportunity, and BNY Mellon, where he was CEO.

In audiovisual, he took an extension course in the Executive Production department at FGV and was CFO at Conspiração Filmes. Today, other than being a partner at A Fábrica, he is a Professor at the Engineering department of PUC-Rio.